Over a trillion exoplanets likely orbit distant stars in our humble galaxy. Astronomers suspect one, 855 light-years away, harbors metallic clouds and raining gems.

This peculiar world, WASP-121 b is known as a “hot Jupiter,” because it’s a gaseous giant that orbits close to its searing star. Crucially, the planet is tidally locked to its star — like the moon is locked to Earth — meaning that one side of WASP-121 b is incessantly seared by its sun, while the other is dark and cooler.

In new research published by the journal Nature Astronomy, scientists demonstrate that airborne metals and gems exist on the planet’s cooler side. (The intensely hot, 3,000 degree-Celsius, or over 5,400-degree Fahrenheit, dayside evaporates such clouds.) Using unique observations from the Hubble Space Telescope, astronomers measured the temperature of the nightside atmosphere and showed that it was cool enough for various metals to condense, Thomas Mikal-Evans, an astronomer at the Max Planck Institute for Astronomy and a lead author of the research, told Mashable. The detected metals on WASP-121 b include magnesium, iron, vanadium, chromium, and nickel.

It’s currently rare, and challenging, for astronomers to probe the atmospheres of distant exoplanets. In this case, the team used a clever observational method to glimpse the make-up of WASP-121 b’s upper atmosphere. Hubble watched the planet orbit its star, and was able to analyze the sunlight that passed through the atmosphere, which ultimately reveals some of the chemicals present.

Even on the “cool” side, temperatures hover at 1,500 degrees Celsius, or some 2,700 degrees Fahrenheit. That’s much too hot for water clouds, like Earth’s. But metals in a gaseous state will condense in such environments. What might such unusual clouds look like?

“I don’t think we can say what they’d look like for sure, because cloud formation is complicated and we don’t have clouds like these to observe up close in our own solar system,” Mikal-Evans said over email.

“I don’t know what the clouds would look like for sure, but it’s fun to speculate.”

But he suspects the metallic clouds could potentially resemble dust storms that form on Earth, as seen in this YouTube video. As for the clouds’ color, it’s also speculation. But why not speculate? The researchers suspect WASP-121 b contains aluminum, which condenses into the mineral corundum. Ruby and sapphire are made of corundum, along with other trace chemicals (also likely on WASP-121 b) that provide these gems their rich colors. Fine droplets of ruby and sapphire may form clouds. “So perhaps some of the clouds would have red and blue coloration,” Mikal-Evans mused.

Other clouds might be beige. Others grey or green. “As I said, I don’t know what the clouds would look like for sure, but it’s fun to speculate,” Mikal Evans said. 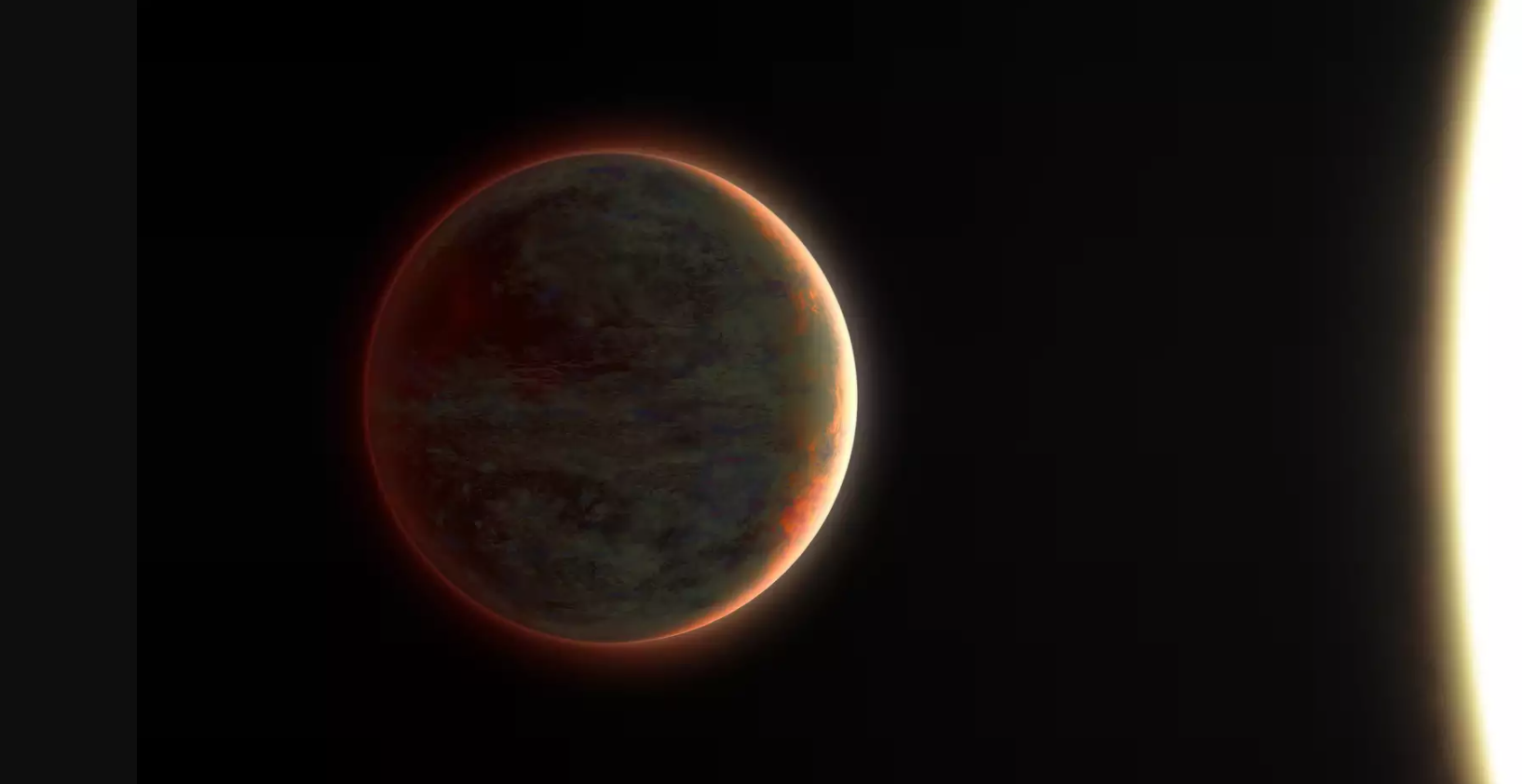 An artist’s conception of the exoplanet WASP-121 b, which orbits close to its sun.
Credit: Patricia Klein / MPIA

Like on Earth, when conditions are right, metallic droplets in the clouds will condense enough to rain, in spectacular form.

“Liquid gems could therefore be raining on the nightside hemisphere of WASP-121 b,” the Max Planck Institute for Astronomy noted in a press release.

Exoplanet research, already fascinating, is about to be revolutionized.

The James Webb Space Telescope — the most powerful space telescope ever built — successfully launched into space and arrived at its home, nearly 1 million miles from Earth. Its science mission will begin this summer, and considerable time (one-quarter of its first year) will be spent observing the atmospheres of exoplanets. We’ll learn unprecedented things. The Webb telescope can see more light than Hubble, and detect molecules that Hubble can’t see.

Crucially, Webb will peer at smaller planets, like rocky planets around twice the size of Earth, and see if they contain the ingredients for life (as we know it). This includes water, carbon dioxide, and methane.

“We’re going to be able to tell what [the planets] are made of,” Mercedes López-Morales, an exoplanet researcher and astrophysicist at Center for Astrophysics-Harvard & Smithsonian, told Mashable.