Fitting that this juicy piece of eye candy from the Hubble Space Telescope captured a starburst, a brief and intense star-forming period for a galaxy.

Say hello to NGC 1705, a dwarf galaxy about 17 million light-years from Earth in the southern constellation Pictor, the “painter’s easel.” NGC has produced many young stars outside the galaxy’s core, as well as the central giant star cluster.

It is petite, oddly shaped, and has recently spawned a bounty of stars. NASA and the European Space Agency released the snapshot last week.

This galaxy has been churning out new stars its entire life, but it kicked into high gear as recently as 26 to 31 million years ago. That’s not long relative to the estimated age of the universe, nearing 14 billion years. During starbursts, the stellar birth rate can be tens to hundreds of times greater than in typical spiral galaxies.

Astronomers like to study dwarf irregular galaxies because they can give valuable insight into the early history of the universe: They tend to have little more than hydrogen or helium in the way of elements and are thought to be similar to the oldest galaxies ever formed. 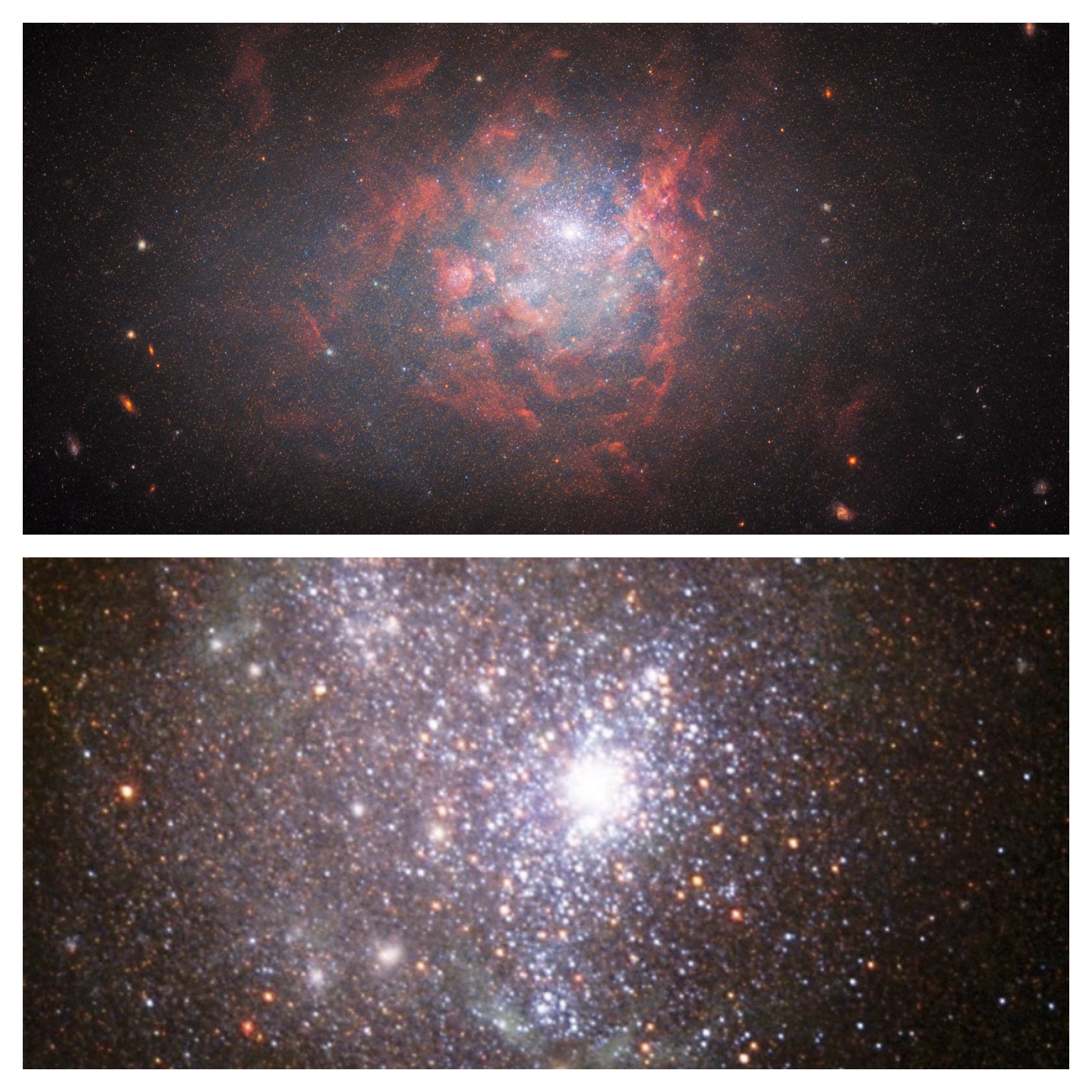 Scientists last photographed this galaxy in 1999 using Hubble’s former camera, the Wide Field Planetary Camera 2. Astronauts replaced it with the Wide Field Camera 3 in 2009. The newer camera was used to take the latest picture, revealing a lot more detail.

Starburst galaxies are considered to be among the most luminous infrared objects in the universe. Astronomers wanted to revisit NGC 1705 to study a specific wavelength of light, wherein they’d find thousands of nebulae, aka star nurseries. The star-making regions are created when hot, young stars bathe their surrounding gas clouds in ultraviolet light, causing them to glow.