The vast majesty of one galaxy is amazing to contemplate. Now, try wrapping your noodle around the enormous beauty of three galaxies side by side.

NASA’s Hubble Space Telescope captured one such stunning scene in an image shared with the public on Saturday. NGC 7764A, as the galaxies are collectively known, is roughly 425 million light-years away from Earth in the Phoenix constellation.

We can see two of the three galaxies interacting in the upper right corner of the image. Their long trails of gas and stars “give the impression that they have both just been struck at great speed,” the image’s official write-up explains. In actuality, interactions between two galaxies are estimated to take as many as half a billion years from start to finish. 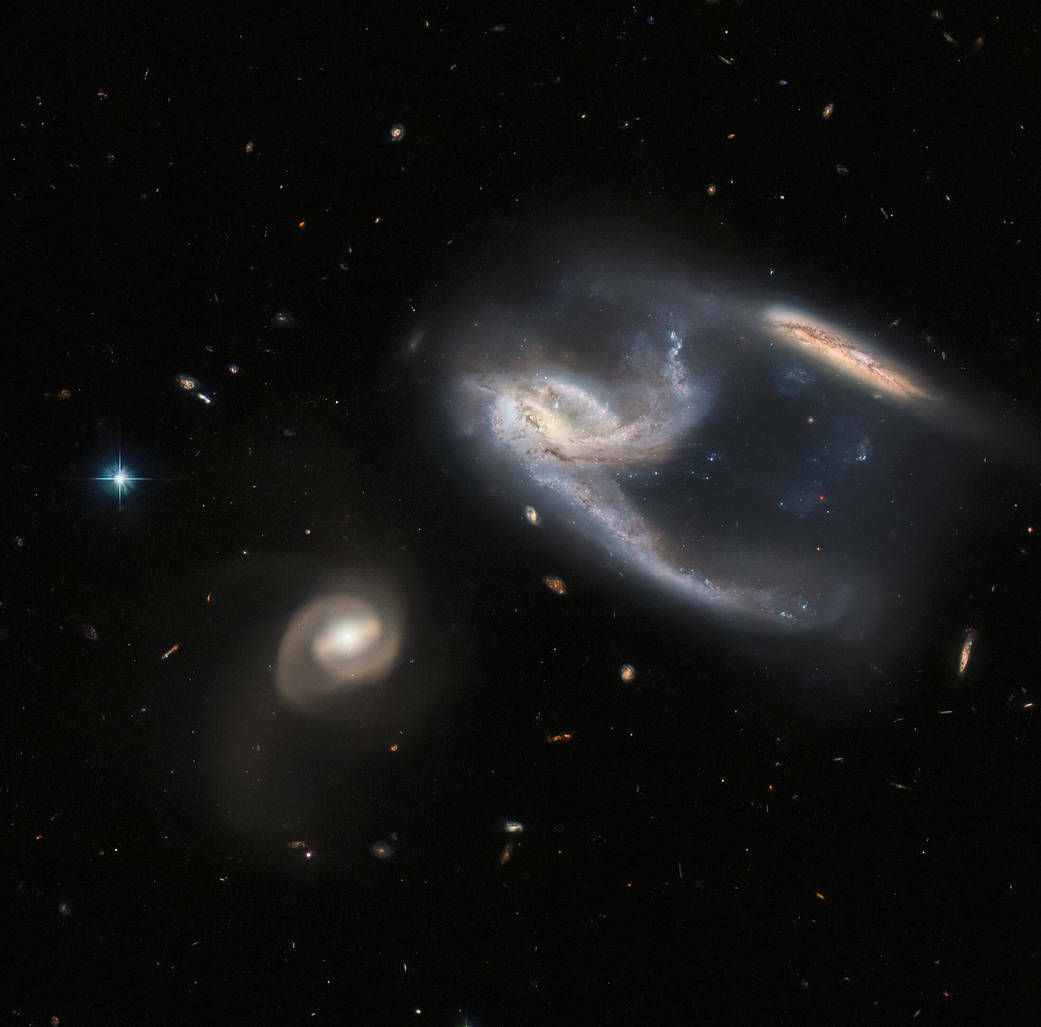 The third “bowling-ball-shaped” galaxy may also be interacting with its apparent neighbors. “They are so relatively close in space that it seems possible that they are,” the explainer continues.

The trio’s picture was taken using a combination of the Hubble’s Advanced Camera for Surveys and its Wide Field Camera 3. Both are powerful, high-resolution systems designed to capture images of objects in deep space.

Earlier in 2022, NASA shared a similar image, which appeared to show galaxy NGC 105 colliding with another galaxy much further away. But that, NASA pointed out, was an optical illusion.

Individually, the star systems shown in this image are known as NGC 7764A1, NGC 7764A2, and NGC 7764A3. The galaxies are not labeled on the image, so we’ve reached out to NASA for clarification.