While the powerful James Webb Space Telescope was stealing the spotlight this year by beginning its journey into deep space to take extremely detailed photos, its predecessor was still going strong.

The Hubble Space Telescope produced some jaw-dropping images of swirling galaxies, shining star clusters, and nebulae that channel the spirit of Thor’s colorful bifrost bridge this year. The James Webb Space Telescope is set to take spectacular images, but there are still so many Hubble photos from this year to gawk over.

Astronomers plan to study images from both the James Webb and Hubble telescopes even after the former is fully in place 1.5 million km from Earth. Since the James Webb Space Telescope is further away — Hubble orbits Earth at around 570 km — it will be able to peer further into the past, capturing sights from approximately 13 billion years ago, including the birth of the universe’s first stars and galaxies.

Here is just a small, and subjectively curated, collection of Hubble photos shared by NASA and ESA in 2021. 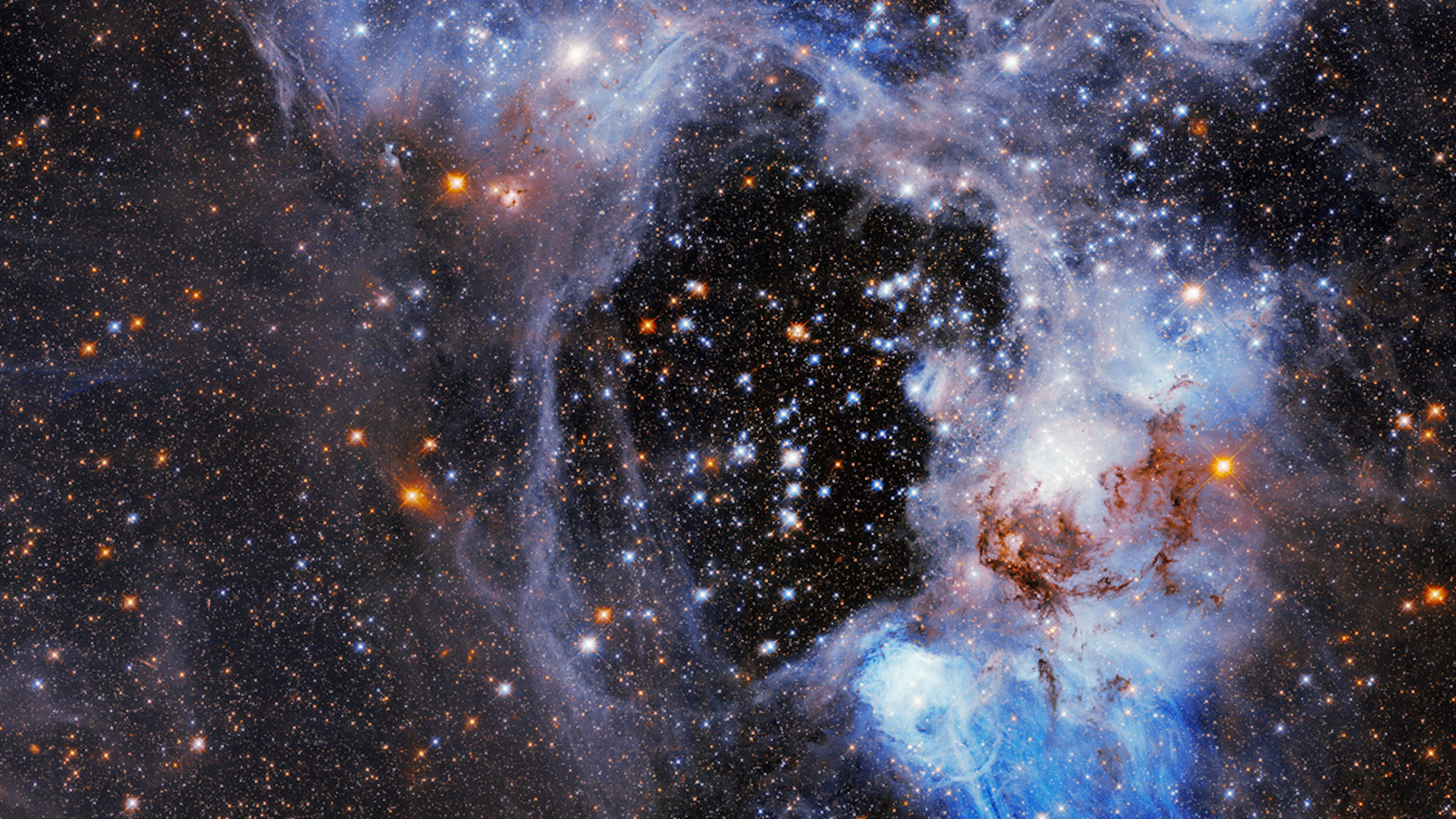 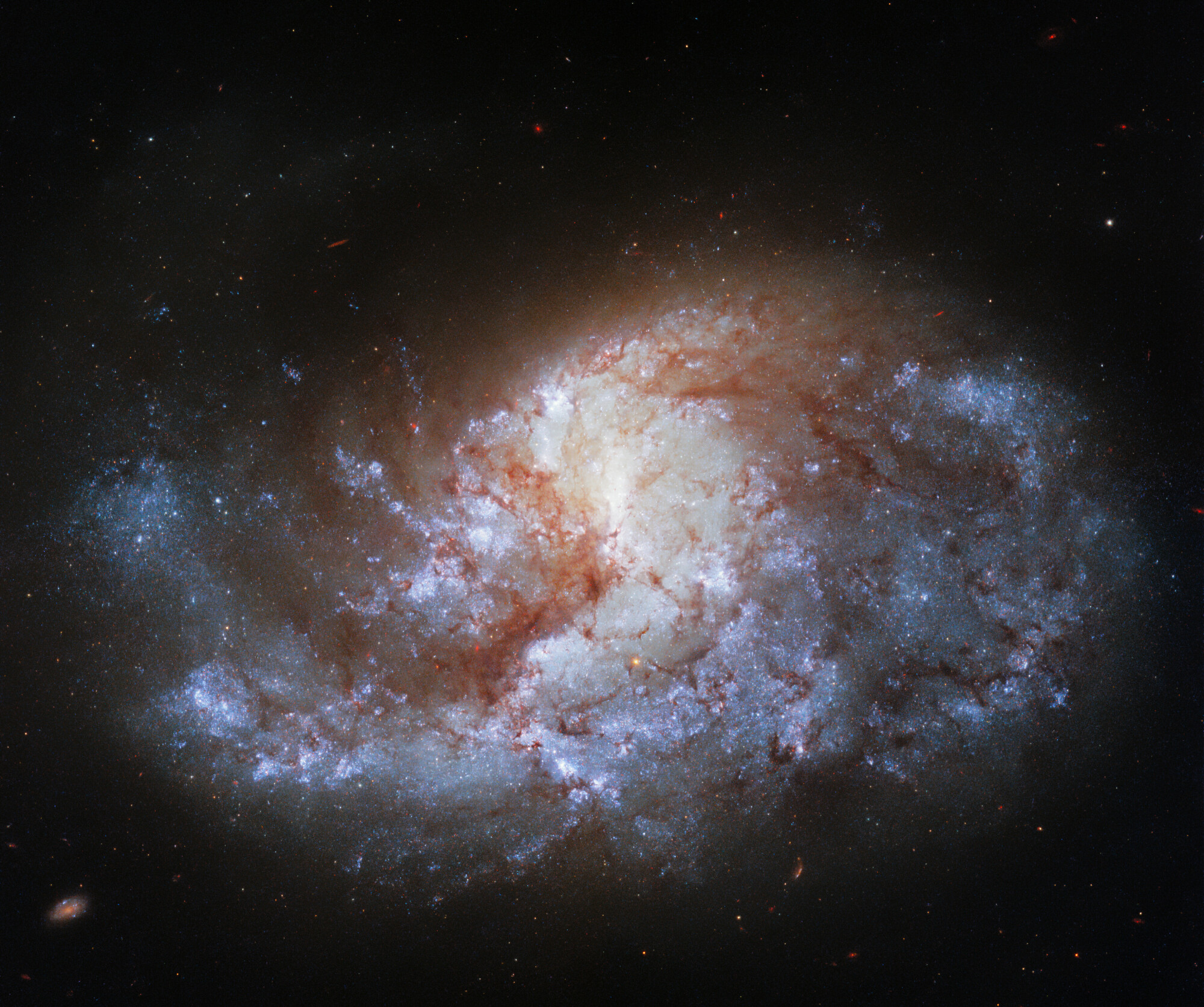 Sixty-eight million light-years from Earth, the spiral galaxy NGC 1385, shines in a constellation named Fornax, which is the Latin word for furnace.
Credit: ESA/Hubble & NASA, J. Lee and th 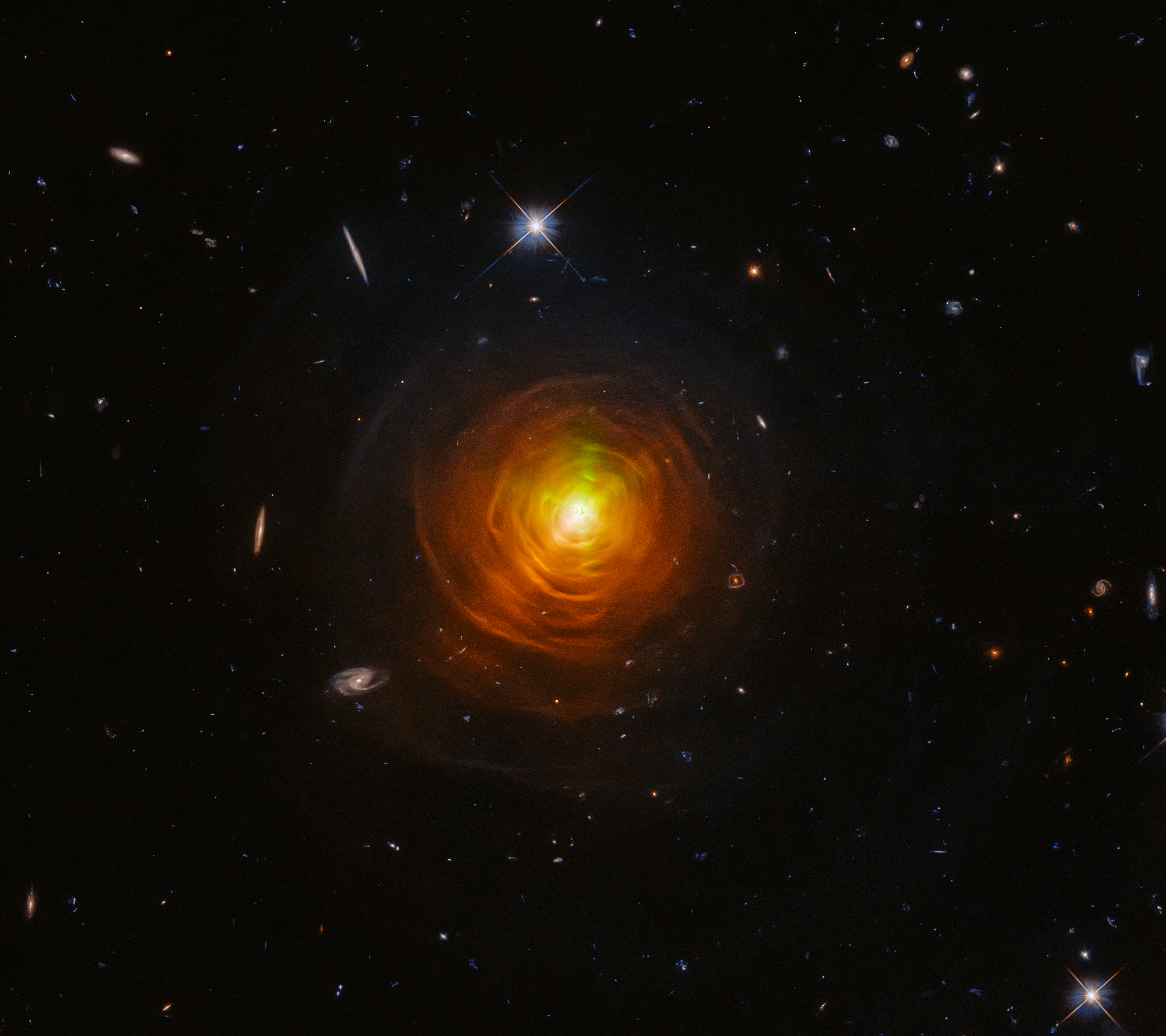 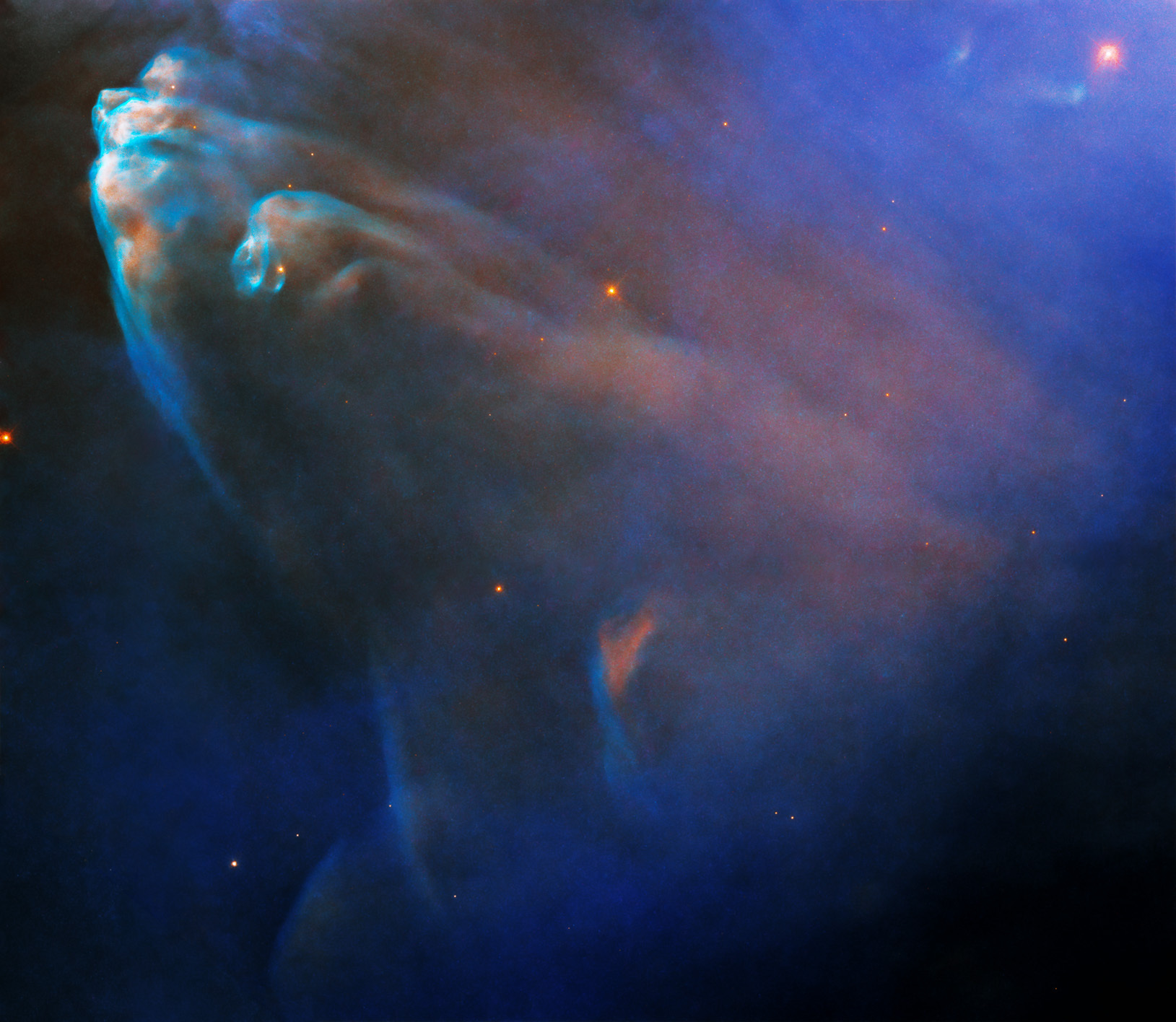 See Also: How to track the James Webb telescope 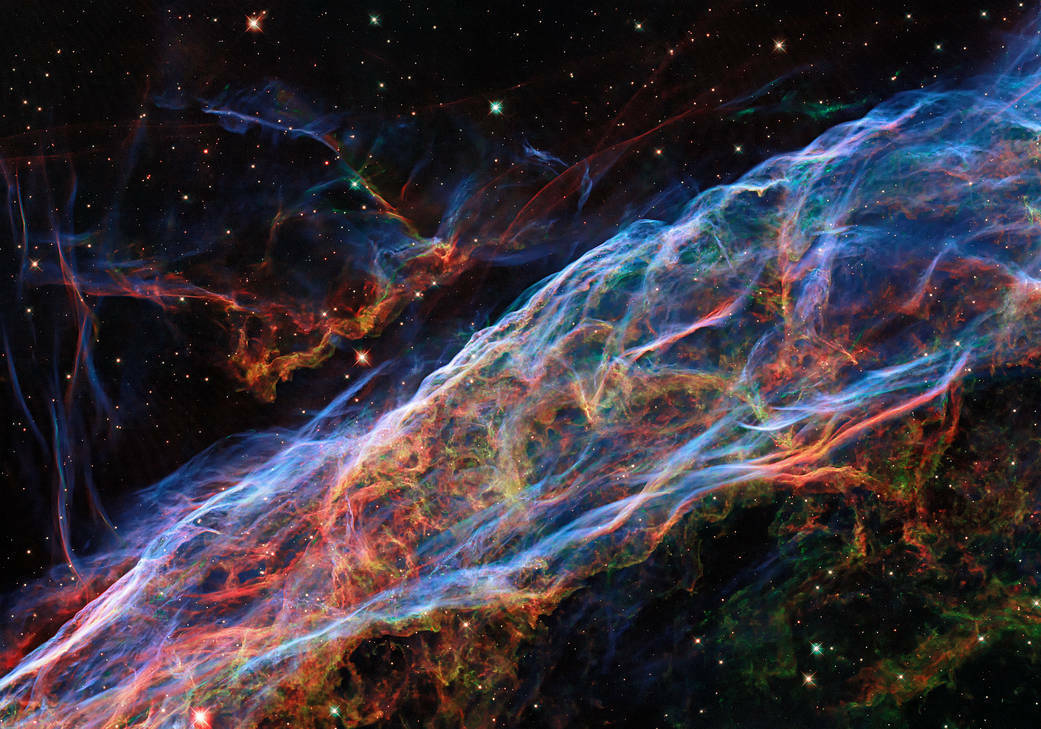 Check out the Veil Nebula in all its glory. This detailed image captures only a portion of the nebula that is 2100 light-years from Earth.
Credit: ESA/Hubble & NASA, Z. Levay

In this photo of the “Lost Galaxy,” NGC 4535, the blue stretching out along the spirals signals younger stars while the yellow in the center denotes older stars.
Credit: ESA/Hubble & NASA, J. Lee and th 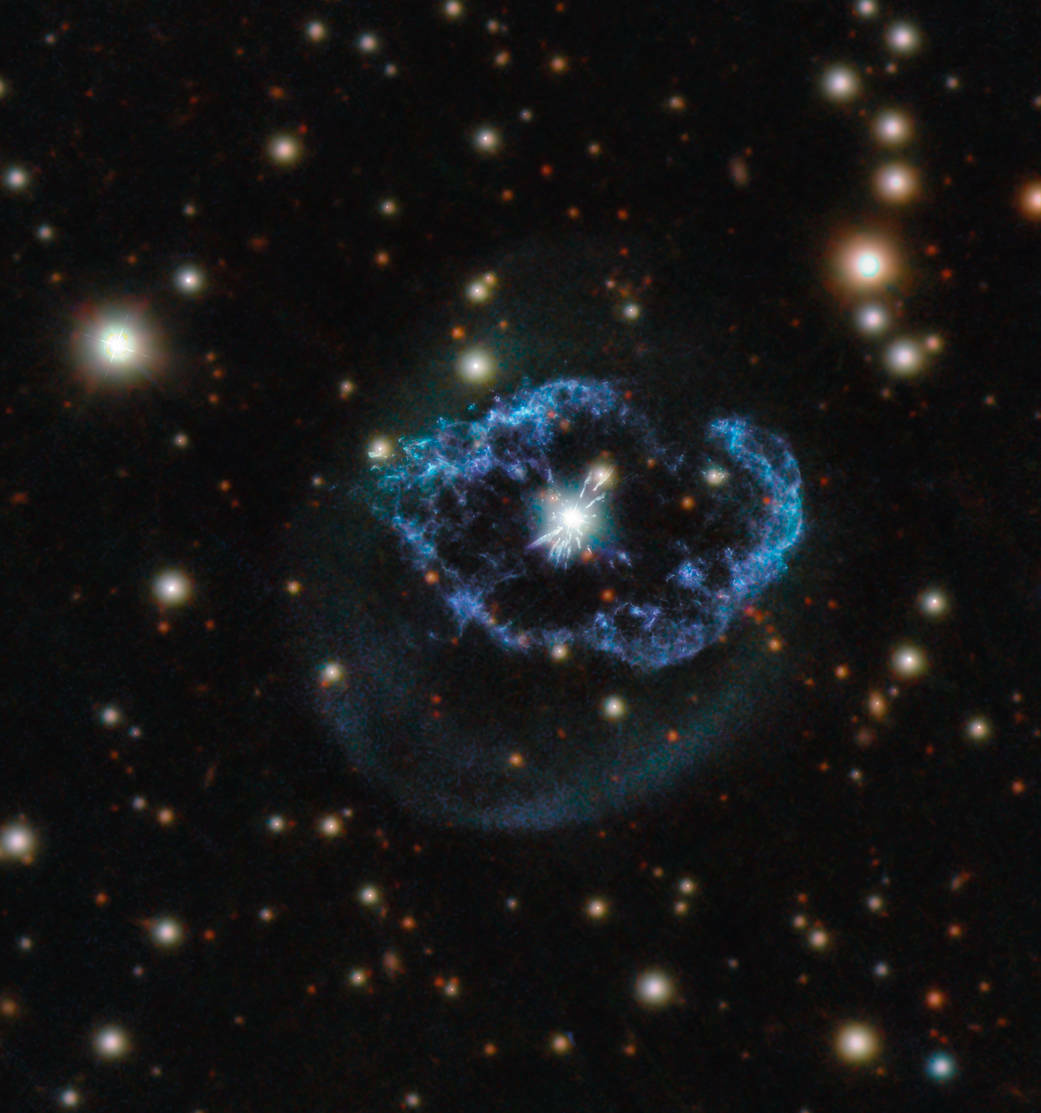 In the Cygnus constellation, also known as The Swan, around 5000 light-years from Earth, is a planetary nebula called Abell 78. “Although the core of the star has stopped burning hydrogen and helium, a thermonuclear runaway at its surface ejects material at high speeds. This ejecta shocks and sweeps up the material of the old nebula, producing the filaments and irregular shell around the central star,” according to NASA.
Credit: ESA/Hubble & NASA, M. GuerreroAcknowledgement: Judy Schmidt 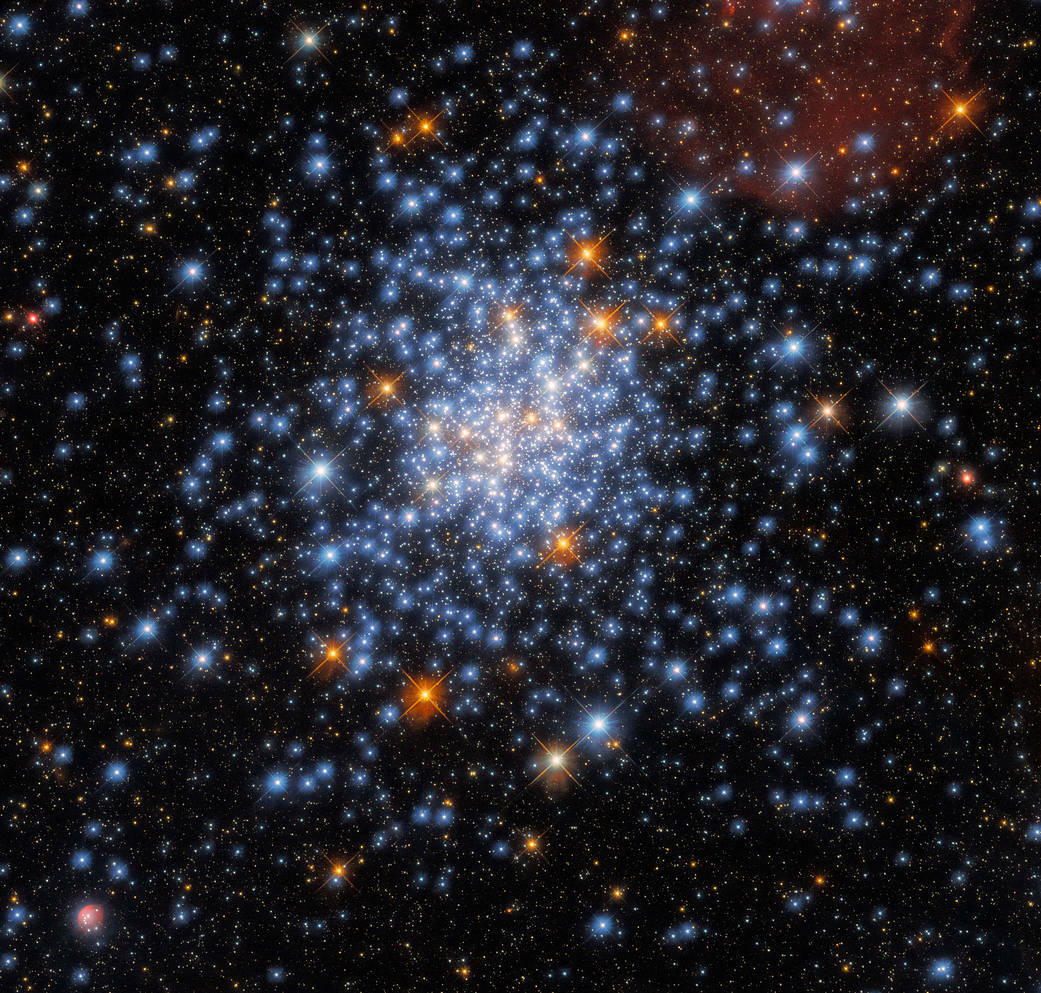 Hubble captured this image of open star cluster NGC 330 in the constellation Tucana, also known as The Toucan. Scientists plan to get a better look at these stars, as well as the nebula in the bottom left (look for the red spot), with the James Webb Space Telescope.
Credit: ESA/Hubble & NASA, J. Kalirai, A. Milone 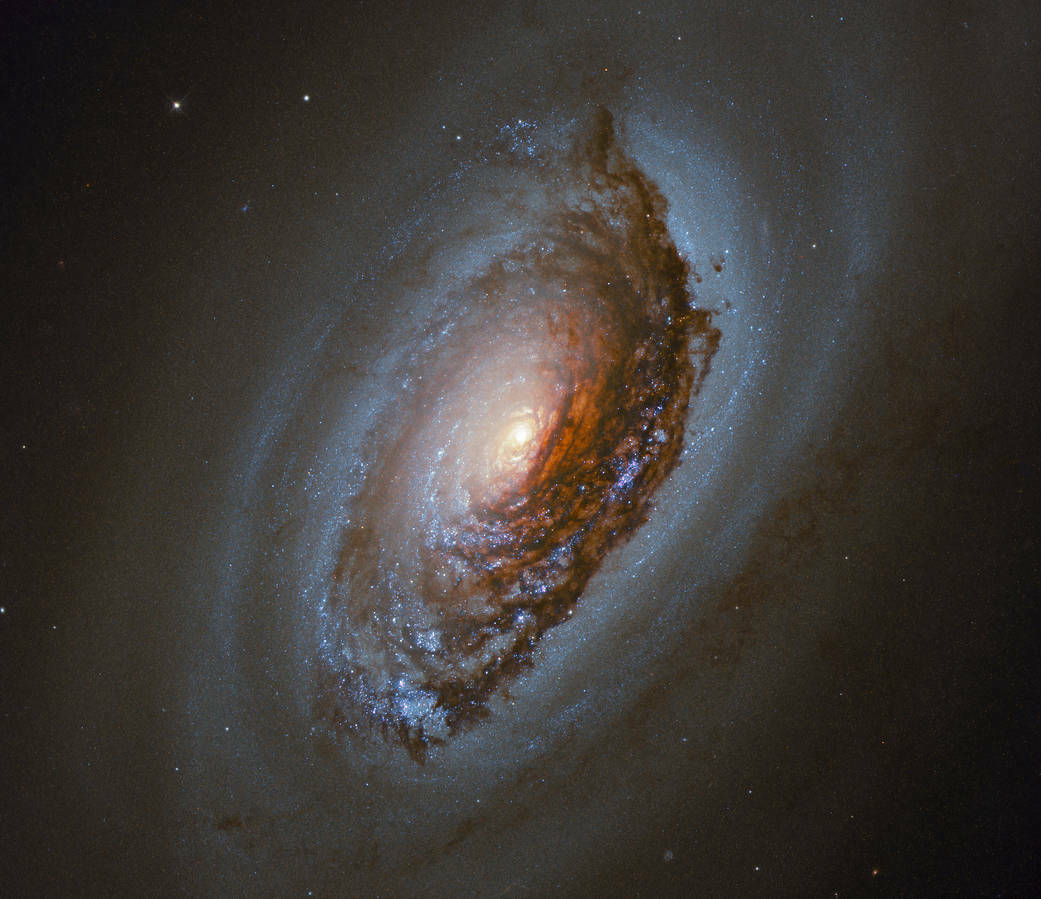 Known as the “Black Eye” or “Evil Eye,” galaxy NGC4826 has a peculiar trait. The gas in its inner regions and outer regions rotate in opposite directions, and new stars form where the rotating gases collide.
Credit: ESA/Hubble & NASA, J. Lee and the PHANGS-HST TeamAcknowledgement: Judy Schmidt 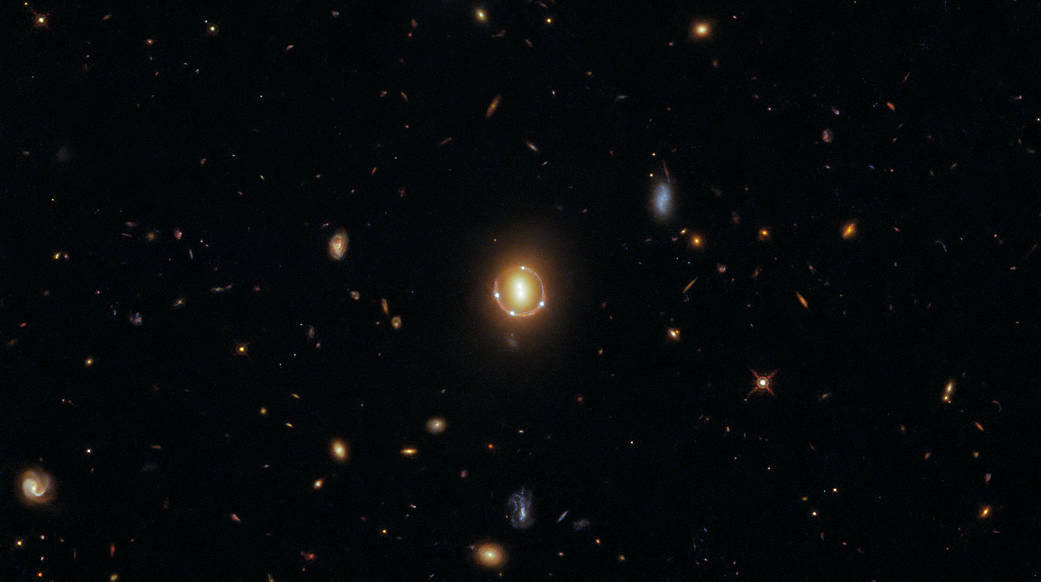 Look at the center of this image and you’ll see two bright spots: a pair of galaxies. Surrounding those two spots are four points of light. There’s also a faint fifth point in the center as seen by Hubble. All five points are actually the same quasar, a celestial object that emits a lot of energy. The quasar is further away from Earth than the enormous galaxies, which are causing light from the quasar to bend in such a way that it appears to multiply.
Credit: ESA/Hubble & NASA, T. Treu Acknowledgment: J. Schmidt 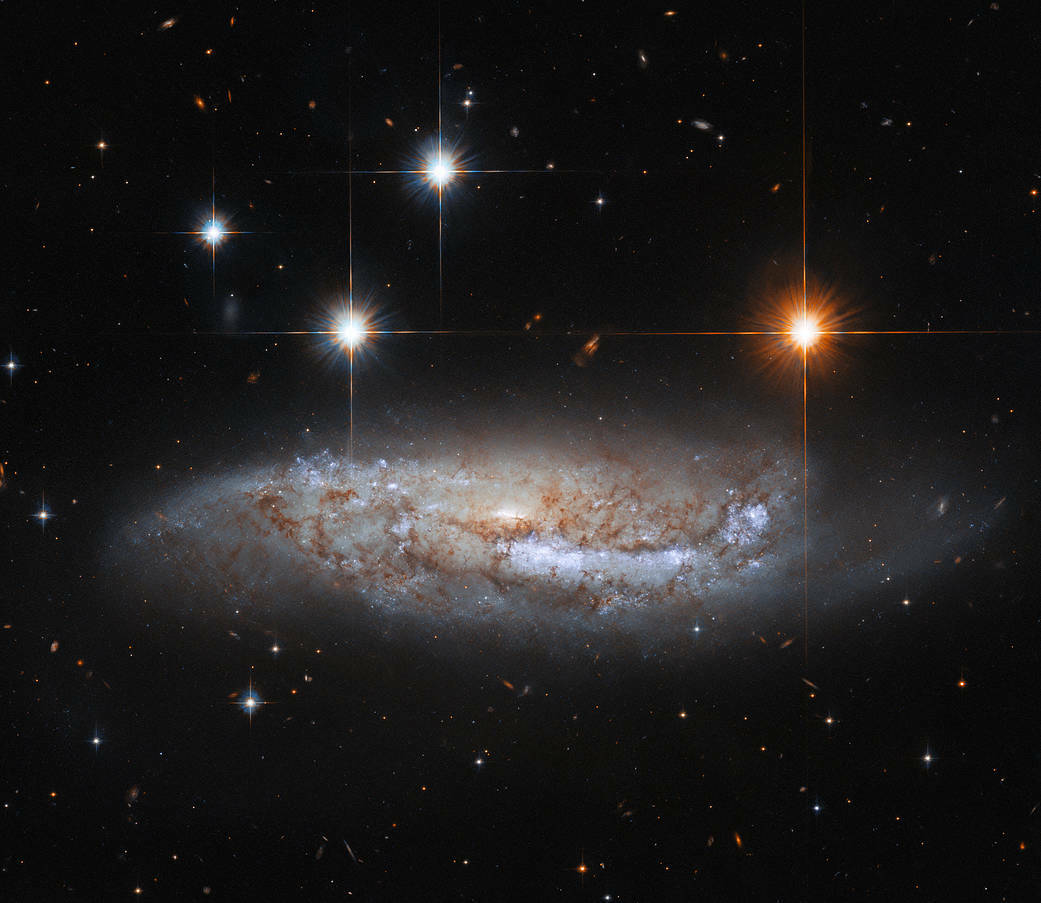 A side view of spiral galaxy NGC 3568, which is 57 million light-years from the Milky Way.
Credit: ESA/Hubble & NASA, M. Sun 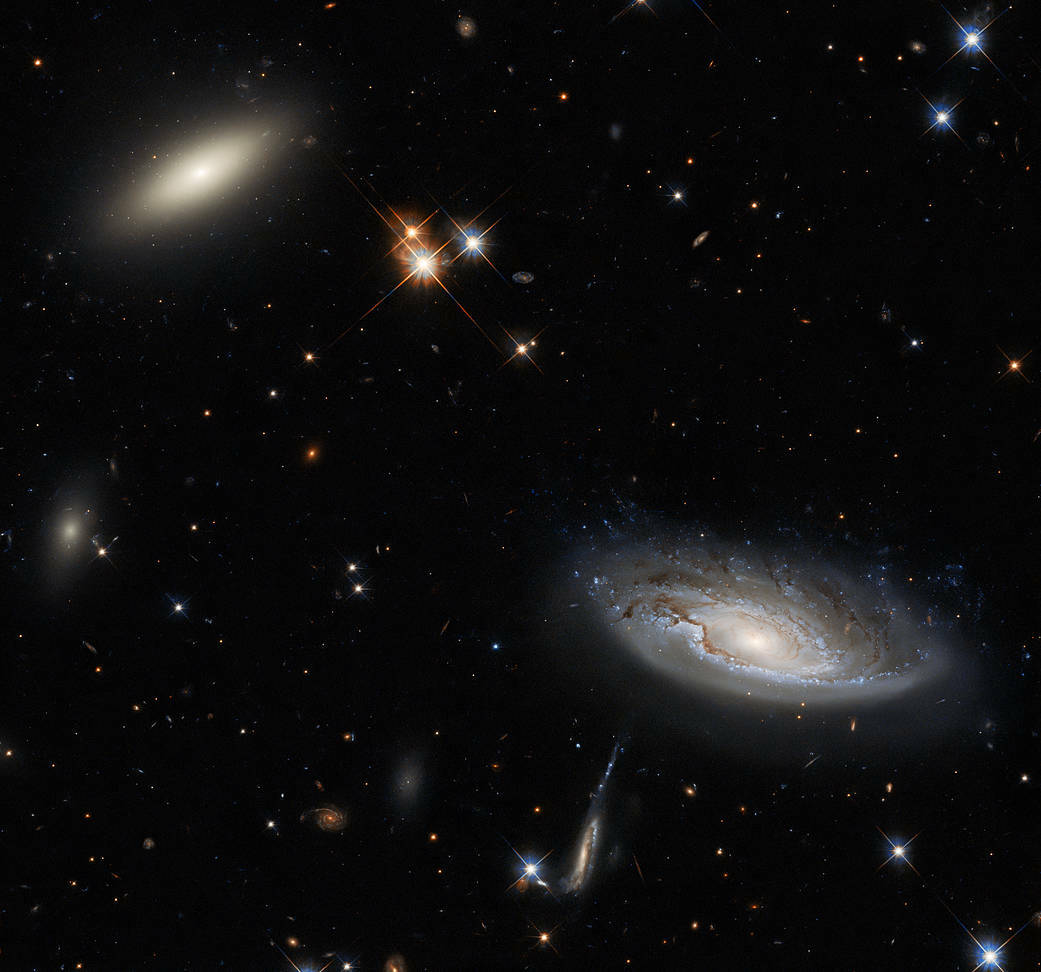 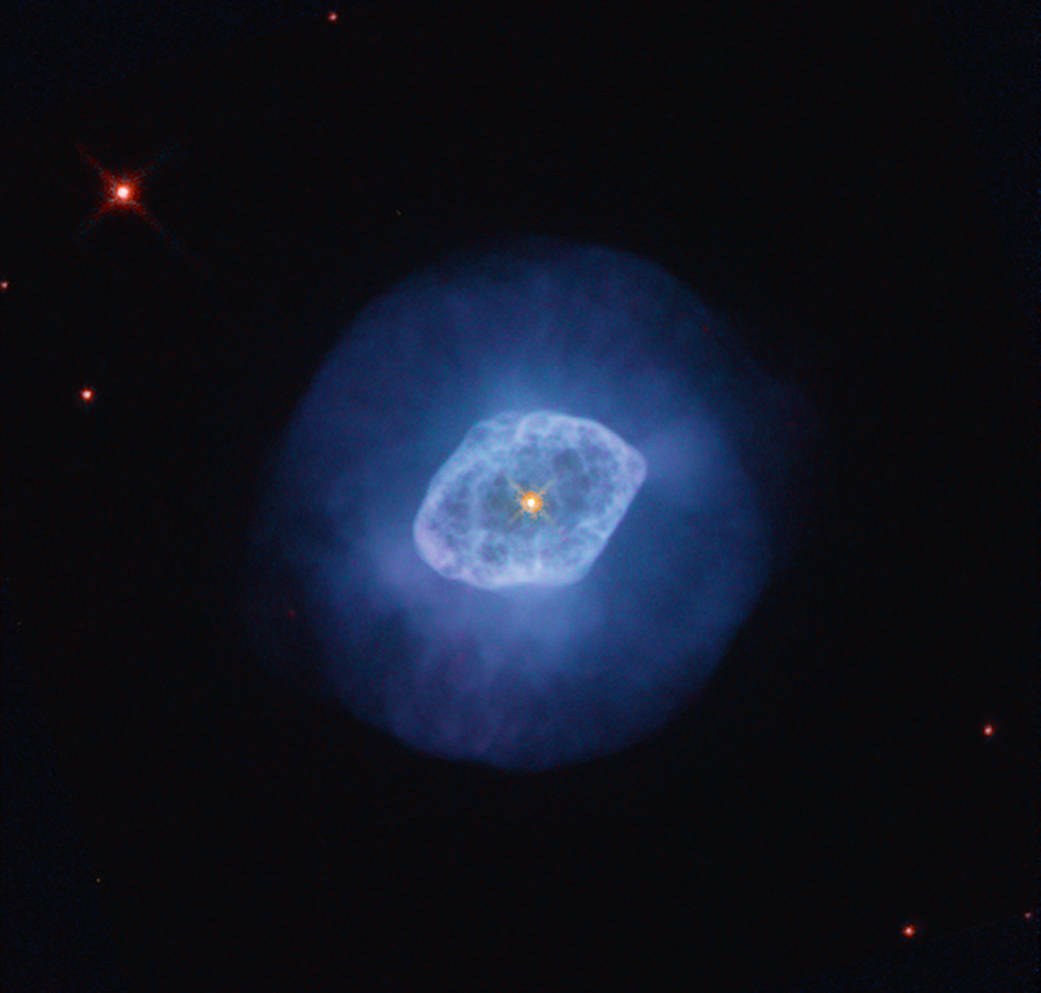 If all goes to plan, we can expect to see the first shots from the James Webb Space Telescope next summer. But before then — and even after — we’ll have more wonders from Hubble to study and adore.