Just another rocky day on the Red Planet for NASA.

A new batch of photos from the space agency’s Perseverance rover introduces us to “Sid,” the latest Mars rock that’s been selected for sampling as part of NASA’s mission to learn more about the planet and its geological history. The rover’s date with Sid marks something of a milestone, as it’s likely to be the last sample collected before Perseverance moves on to a new, previously unvisited location.

“I took out my abrasion tool again, for a look inside my next rock target,” a tweet from NASA, written (as per usual) in the voice of the rover, reads. “Mars is starkly beautiful on its surface, and even more interesting underneath.”

Sid sits inside the Jezero Crater, the location on Mars where Perseverance landed in February 2021. It’s one of a type of Mars rock that NASA has dubbed “Ch’ał,” which is the Navajo word for “frog” (it’s pronounced “chesh”).

These Ch’ał rocks are found in a particular area of the crater — which is believed to have once housed a body of water — that NASA calls “Santa Cruz.” And that location that is scientifically significant because it may be a remnant of Jezero’s western delta, which is the next stop on the rover’s journey.

Sid is an example of “a higher standing boulder that possibly represents a unique geologic chapter in the crater floor history that we have not yet sampled,” Purdue University student collaborator Brad Garczynski wrote for NASA. He added Sid was settled on as the rock of choice after “weeks of discussion” between the science team and rover planners. 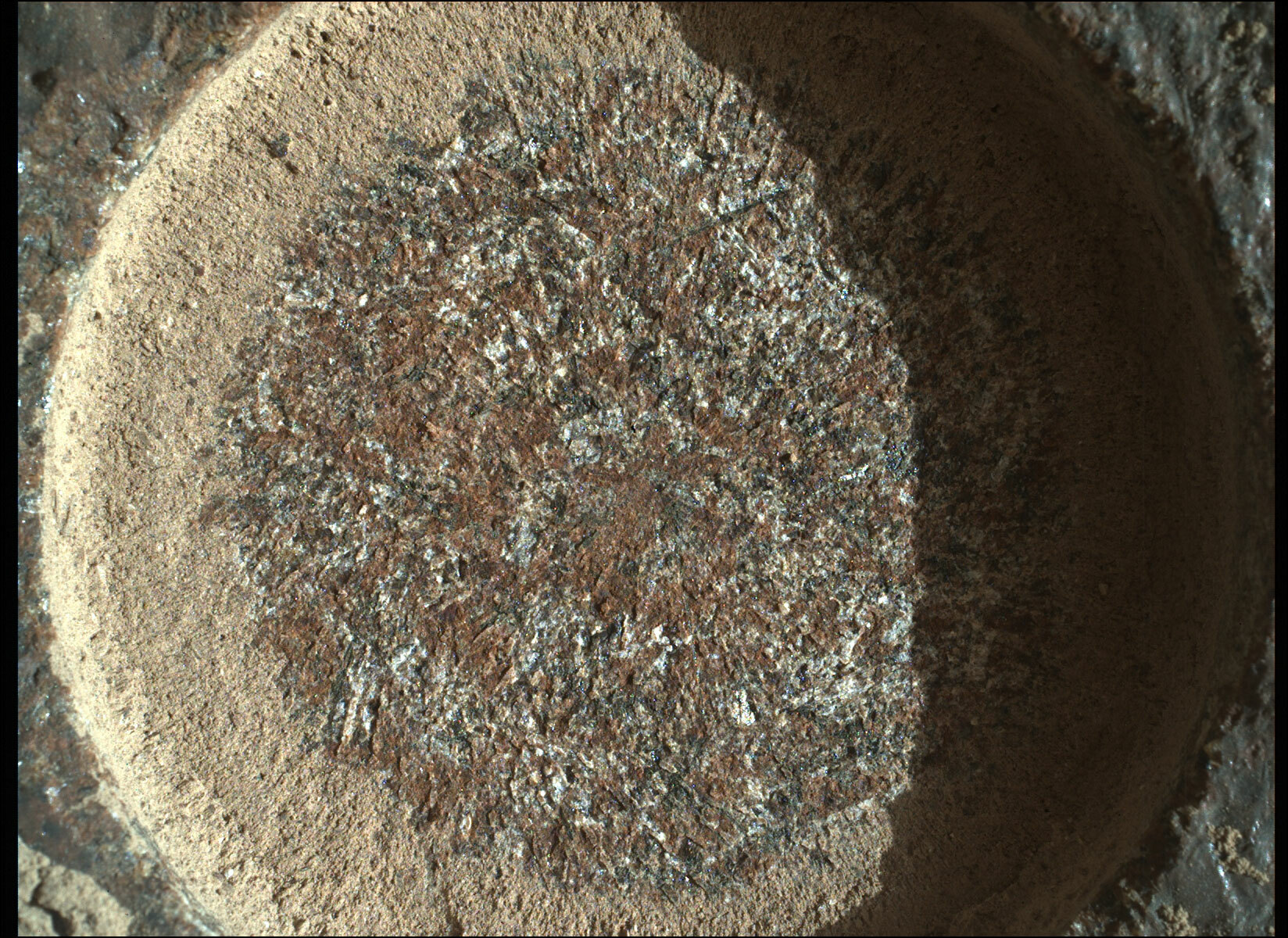 The circular pattern you see in the image was created by the tools Perseverance uses to investigate Mars rocks.
Credit: NASA/JPL-Caltech

In the past, NASA has characterized rovers like Perseverance as “robot geologists.” When it comes to the study of rocks, the rover uses a built-in abrasion tool to create the circular pattern you see in the above image.

That’s important to the research process because the exterior of any given Mars rock is impacted by the surrounding environment on a daily basis. The goal here is to investigate the planet’s geological history, and there may be clues to that history hidden beneath any given Mars rock’s dusty exterior.